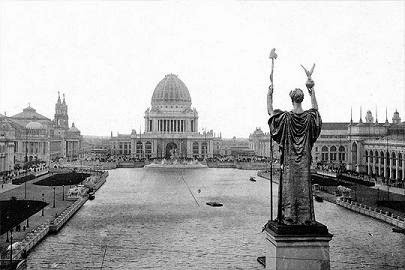 Well I have been slacking a bit to deal with personal reasons and the stress of those has kind of put a damper on my fire to write...so I apologize for not being productive as I should be. I've also got so many stories crammed into my head that sometimes they end up like the Christmas lights in a box in an attic. All there, but when you try to pull one strand out they come out all together in some unholy hell of a tangle. So I thought to myself "You most awesome excellency...what else could you write about?". Then I realized I could give my top picks of places I'd like to go see on summer vacation. Maybe those of you with money to burn and time to kill can go see some of these awesome things.

This place is simply the bees knees of cool in the U.S.A. outside of the Smithsonian Air and Space Museum. It has the largest collection excluding the Smithsonian of all things space and aeronautic related relics. For the military history nut, they have two of the famed German "vengeance weapons" on display. Both the V1 "buzzbomb" cruise missile and the V2 ballistic missile were the first of their kind and utterly terrorized the skies of Great Britain near the end of the Second World War in Europe. The V2 was of course designed by famed German rocket scientist Werner von Braun who would later come work for the U.S. Military and design such missiles as the Redstone ballistic missile and the famed Saturn V rocket. Both of those designed were used later by him and NASA to compete and eventually win the space race against the Soviet Union in the 1960's. And if space race is more your thing, then they have some awfully cool relics from that time as well at the museum. They have a rocket testing sled, a Redstone warhead, a Sputnik satellite, Mercury and Gemini spacecraft, Apollo 13's command module, and even a full nearly 110 foot tall Titan missile!

Another cook place for the military history buff or if you are just sort of a firearms aficionado. The Rock Island Arsenal was one of the main government run producers of rifles and ordnance for the United States armed forces along with the more famous Springfield Armory in Massachusetts. They have an amazing firearms museum there with many American and foreign examples on display. Some cool highlights are weapons traced back to Custer's Last Stand. You can also walk through some Civil War history because it was a prison camp where Confederate POW's were held during the war between the states. There is a confederate cemetery there that attracts many Civil War buffs. For those that like their guns bigger than just rifles there are outdoor exhibits as well. They have many tanks, artillery pieces, and even one of the few atomic cannons from the Cold War. My favorite would be the Sherman tank with preserved battle damage from the Battle of the Bulge.

3. The Mississippi River Museum- Dubuque, Iowa
Website for the Museum

This place is for those who have a fondness for 19th century history especially as well as just aquarium and nature lovers. They have half a dozen aquariums that display creatures from the various parts of the Mississippi River system from Minnesota to the Gulf of Mexico. Various types of sharks, fish, rays, etc are on display for you to see. Various galleries and exhibits show the importance the river has played in American history. There are sections on the Civil War, trade and commerce, and all sorts of neat things for a person to see. They even have exhibits tailored more for children that are more fun and interactive to hold their attention.

This is a smaller attraction, but if the idea of the U.S. Calvary interests you and you are going that way, it would be an awesome detour or stop. The museum is on an actual base, the home of the "big red one" 1st division. The museum details the role of the U.S. Cavalry in the 19th and early 20th centuries in the taming of the wild west. There are also memorials and artifacts dedicated to horses and even mules that served along side the soldiers in the field. Since it is on a base you have to pass through security, which can be a hassle, but the place is free to visit. So if the era of "Dances with Wolves" conjures romantic images of the past for you, you should check it out.

Deadwood, South Dakota may not get as much attention these days as places like Tombstone, Arizona, but it is a wild west town that is dripping wet in history and should be a stop for anyone in the area. There are tons of historic and cool attractions in that town most famous for being where famed gunman/lawman Wild Bill Hickok died. Some of the main attractions you would want to hit are the Adams museum which has many artifacts from Deadwood's wild west days and they have a Wild Bill exhibit for those who enamored with the gunslinger. For those interested in gold mining history there is the Broken Boot Mine, a historic mine open to the public to see. You can also visit where Wild Bill was shot and killed and take in a street show. Surrounding the town are other various attractions such as an 1880's town and train, and you are near the famous badlands. All in all, its a cool place where you can spent a few days.

If you think battleships are cool, this is the oldest one afloat in the United States and the second oldest battleship in the world after the Japanese Mikasa. The USS Texas was built in 1914 right before the First World War and served in the North Atlantic during that conflict. It served on in World War two, participating in actions for the Allied invasions of North Africa and Normandy before being sent to the Pacific to assist in the campaigns at Iwo Jima and Okinawa. It was the battleship of many firsts so it if full of history. It was the first to have a permanent contingent of Marines on board, the first to install anti aircraft guns, the first to use computers to control the main guns, the first to launch an aircraft, and the first to have radar. When it was retired from service following ww2, it was the first battleship museum in the USA, and the first battleship to be declared a historic landmark. SO IT IS FULL OF HISTORY!

If going fast on two wheels is your thing, this little gem of a museum should be on your list of places to see. Tucked away in a small city in Iowa more known for its prison is the National Motorcycle Museum. You can see all sorts of cool bikes and bike related items from history including some prominent bikes like one Evel Knievel used. They also have a 1920's gas station exhibit. Hard to say much else, but if old and cool bikes are something you like looking at, stop by.

These pair of museums should be on your itinerary if you are in the Chicago area. The museum of science and industry is just plain cool to go see if you are a fan of technology or applied sciences especially. They have multiple exhibits but my favorite would be that they have a WW2 German U Boat inside. The U-505 is the only German sub still intact anywhere in the country and you can see it there. They have historic trains, planes, and automobiles as well as an 1893 White City exhibit on the 1893 Chicago Exposition that put the city on the world stage and was also the backdrop for the first serial killer in America, H.H. Holmes. The Field Museum also is running an 1893 exhibit but they have more things for those interested in paleontology and archaeology.


For the car buff, this is a cool place to see. They have exhibits on the famous Rouge Factory, the largest auto plant built at its time, and the one that made Ford the master of mass production. But they do more than just show off Henry Ford. They have a "Women Who Rock" exhibit going on that focuses on strong female performers, and for the more morbid history fan they have the chair Lincoln was shot in and the car JFK was assassinated in. They also have a bed from George Washington when he was a general and examples of old steam engines and steam powered technology among many others. If the 50's are more your thing, then drive in restaurants and movie theaters have their spotlight too. It is a great museum with a wide range of interesting things to see.

Well this is not one to bring the kids to, but if you find pin up girls and dancers entertaining this place is actually kind of a cool alternative. Located in Las Vegas (not really surprising), you can see a wide range of items and exhibits that detail a different kind of history that is far from mainstream both then and now. Not really a vulgar place, but it has a touch of blue and raciness to it. If you are in Vegas for a little debauchery, might as well learn something while feeding your interest.
Posted by Robenstein at 11:51 AM

About The Author Dude

Robenstein
Hello intrepid internet browser. Thank you for stopping by while venturing on the information super highway. I hope what you find here entertains you or perhaps maybe even makes you think. For added history content and to keep up with announcements please visit our page on Facebook https://www.facebook.com/pages/Professor-Bobs-Fun-With-Historical-Stuff