Too Soon? How WW2 Almost Started a Few Days Earlier

May 09, 2014
This week marks the 69th anniversary of "VE Day", the day that the German forces formally surrendered to the Allied Powers. Given this anniversary I thought I would write a small blog on an interesting Second World War story. This is the story of Lieutenant Albrecht Herzer, the man that mistakenly fired the first shots of the European theater before the war even started.

Hitler and the German High Command decided in early Spring 1939 to invade Poland as a continuation of their pursuit of Lebensraum, or "living space". They tasked the head of the German Army's Abwehr(intelligence) Admiral Wilhelm Canaris to create special fighting units known as Kampfgruppen(fighting groups) that would infiltrate into Poland and destroy strategic targets ahead of the main army advance. All in all Admiral Canaris formed sixteen such groups consisting of the cream of the crop in the German Wehrmacht. One such group was headed by Albrecht Herzer, an ironic choice as he was decidedly and vocally anti-Nazi and had protested any idea of a war against Poland. Herzer believed that any war against Poland would pull in the British and French military support for Poland and the resulting conflict would spell disaster for the German Reich.

Herzer however was a loyal soldier and followed his orders. The war was to begin on August 26th  at 4:15AM.  Herzer's K-Group was move in at 8pm the night of the 25th, and the target was a key pass that controlled an important rail line. However, the on the 25th Hitler ordered the invasion delayed until September 1st for political reasons. This sent Admiral Canaris and his Abwehr into a panic as they scrambled to contact all sixteen K-Groups already in Poland and order them to stand down and not attack. By 8:05pm fifteen K-Groups received the updated orders and stood down...but Herzer's team could not be reached and followed their earlier orders. They attacked a group of Polish soldiers and drove them off at midnight and secured the pass. Dawn came and the Panzer division that was to arrive and meet them never arrived. Herzer captured a Polish soldier and in a confused panic asked him 'Aren't Poland and Germany at war!?". The Polish soldier told him that they were not. Freaking out Herzer found a public telephone and made a call to the Panzer Division's base in Germany and found out what had happened. A distraught intelligence officer told him to drop everything, to let the prisoners go, and make a run for the German side of the border.

Herzer made it safely home but had inadvertently fired the first shot of the war he was so vehemently against, and did so almost a week before it actually and officially began on the morning of September 1st. Oddly enough the event was not used by the Polish Government at all, when it would have likely been politically useful in gaining stronger support from the appeaser British Prime Minister Neville Chamberlain, who firmly believed he had bought peace with German a year earlier by trading the Sudetenland in Czechoslovakia. 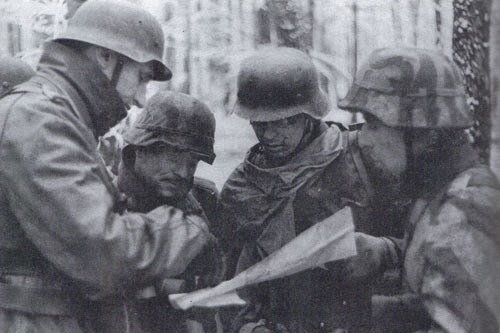