To Boldly Broadcast Where No Man Has Broadcast Before

July 04, 2014
1901 was the dawn of new century. The last 35 years of the 19th century had seen incredible advancement in infrastructure and technology. Man had made huge strides in applied sciences as well as experimental. It was in this bright and promising era of positivism that Nikola Tesla made a huge impact. In that year(1901) he shocked the world by stating he believed that he had received messages from outer space while conducting experiments at his Colorado Springs laboratory a few years before. He asserted in an article published in Colliers Weekly as well as many newspaper interviews that these sources came from no "Earthly or Solar Origin". He concluded that the only candidate was the red planet.

This was the era of "Mars Fever". Since the discovery of "canals" in 1877 by Italian astronomer Giovanni Schiaparelli many scientists of the age had looked to the heavens and detailed what appeared to them to be an extensive system of canals for transport or irrigation on the Martian surface. Such famous American astronomers such as Percival Lowell subscribed to the idea there was an advanced and possibly more ancient civilization on Mars. This was in the day when our western society had successfully built only a few canals. In the past century such projects like the Eerie Canal and the Suez Canal had been completed. But the attempt to create a canal in central America at Panama, France had nearly been bankrupted. It was clear to many that Martian civilization had mastered the engineering where mankind was still somewhat nascent in overcoming nature. This idea of an advanced civilization may have inspired authors like H.G. Wells (War of the Worlds, 1897) and later Edgar Rice Burroughs (Princess of Mars, 1912) to write about the advanced inhabitants of Earth's red neighbor.

In the middle of this was Tesla and his announcement. Tesla suggested that effort be put into constructing more advanced and powerful broadcasting equipment so that regular contact could be established between the worlds. He outlined his idea in various articles and interviews. We may never know what Tesla heard or where it came from. Certainly the discovery of such radio emitting celestial objects like pulsars were still decades away. It is likely that some naturally occurring cosmological phenomenon was the source for the signal Tesla received at his Colorado Springs Lab over 100 years ago. However, his idea to start up a program of radio communication can very well be seen as visionary because in 1960 the very first SETI (Search for Extra Terrestrial Intelligence) program was launched and has been going ever since. 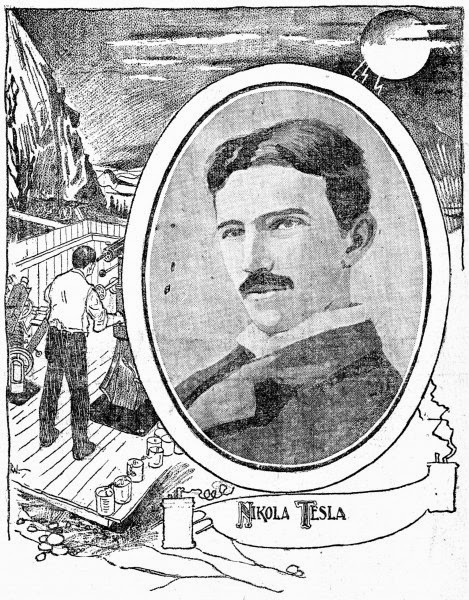