Remembering and Honoring Soldiers- Me Promoting a Personal Passion of Mine

August 29, 2014
I was going to write another story but I just did not feel like it today. With all this ice bucket challenge going on I felt I would do my part to plug what I deem a worthy cause. And while it does not heal any disease of the human body, I think it does help heal the hearts and collective spirits of a group of people that this country largely forgot, the Vietnam veterans.

Vietnam vets served their country in a war that was ugly, long, and unpopular. But it did not stop hundreds of thousands of young men from answering the call of duty by accepting their draft or in many cases volunteering to serve in the armed forces. While the specter of defeat hung over the nation and low morale claimed the zeitgeist of the home front from 1968 onward, soldiers from all races, creeds, and socio economic backgrounds continued to serve...and many died. Most tragically the unpopular nature of the war made their home towns cold or hostile when they returned if they were lucky enough to do so. The emotional and mental scars plagued the nation for the next decade and a half until the Gulf War, but the hearts and souls of many of those vets never healed. They never felt appreciated.

When I started researching for my graduate work I ended up digging through the archives of that war and found story after story that tore my heart out. Then one day I heard a radio show talking about the Vietnam Veterans Memorial Fund and how they were seeking to expand the memorial wall in Washington by adding an education center that would honor all American vets, not just those of Vietnam. This center would honor the memories of the fallen and give thanks and honorable praise to those still living. I can think of no better way to begin to make up for our treatment of these vets as a nation than to build this center and to realize that no war, however unpopular, is the result of the men and women in uniform. Politicians start wars, soldiers bound by duty and honor fight them. Hate the war, but always love the troops that fight so we do not have to.

If you have a few minutes and a few extra dollars you don't know what to do with, maybe go look at their website and see what they are trying to do. I think it is honorable and have taken free time in the past to volunteer in raising awareness by posting fliers at the colleges I work for. Skip a Starbucks here and there for a month and give a little something back to the men that gave it all.

Thank you for your time 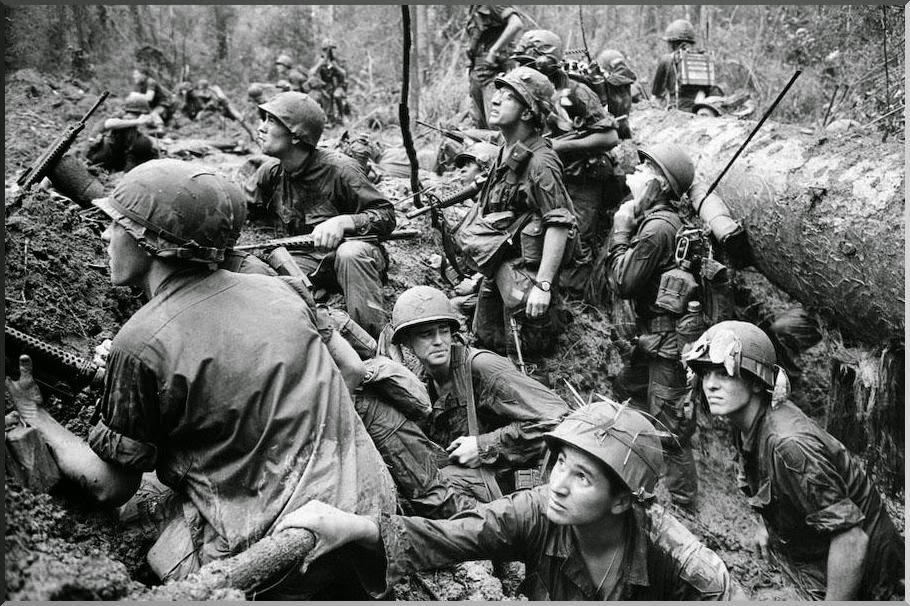