February 02, 2015
Well most of us that pay attention to the news in terms of politics or vote have seen that there are minor political parties in the United States. If you are in your 20s or 30s the names Ralph Nader or even Ross Perot probably ring a bell as third party candidates that ran for the office of President and garnered plenty of media attention. Well this entry is about a very odd candidacy that you may or may not be aware even happened in the presidential election of 1968. This was the candidacy of Louis Abolafia, the Nudist.

1968 was a year when the world seemed to be on the verge of coming apart at the seems. Dr. Martin Luther King and Robert Kennedy fell to assassins' bullets. There were race riots in L.A. Protests rocked the United States and Europe as the new generation butted heads with the older generation on a variety of issues from the war in Vietnam, to college policies, to general disenfranchisement. The Soviet Union crushed the Prague Spring in Czechoslovakia. In America, the presidential election was a wide open field as the incumbent, Lyndon Johnson decided to not seek a second term for the Democrats. Ultimately Hubert Humphrey and Richard Nixon would get the nominations for the major parties, but others threw their hats in the ring. One of those was Mr. Abolafia. Well...he really threw in everything but his hat.

Louis Abolafia was part of the "Hippie" movement, indeed he was a leader of the Greenwich Village hippie and art scenes of the 1960's. He decided that no major candidate represented the ideals of the counter cultural movement and started a campaign as the first nudist to run for president. Of course he did not gain entry into any of the televised debates, nor did he garner much media attention. However, he was still able through posters and word of mouth to garner about 300,000 votes at the polls that November. He is mostly remembered as a hippie "poster boy" for his election posters which featured a nude Abolafia with only a hat covering his privates with the words "what do I have to hide?" written on it. 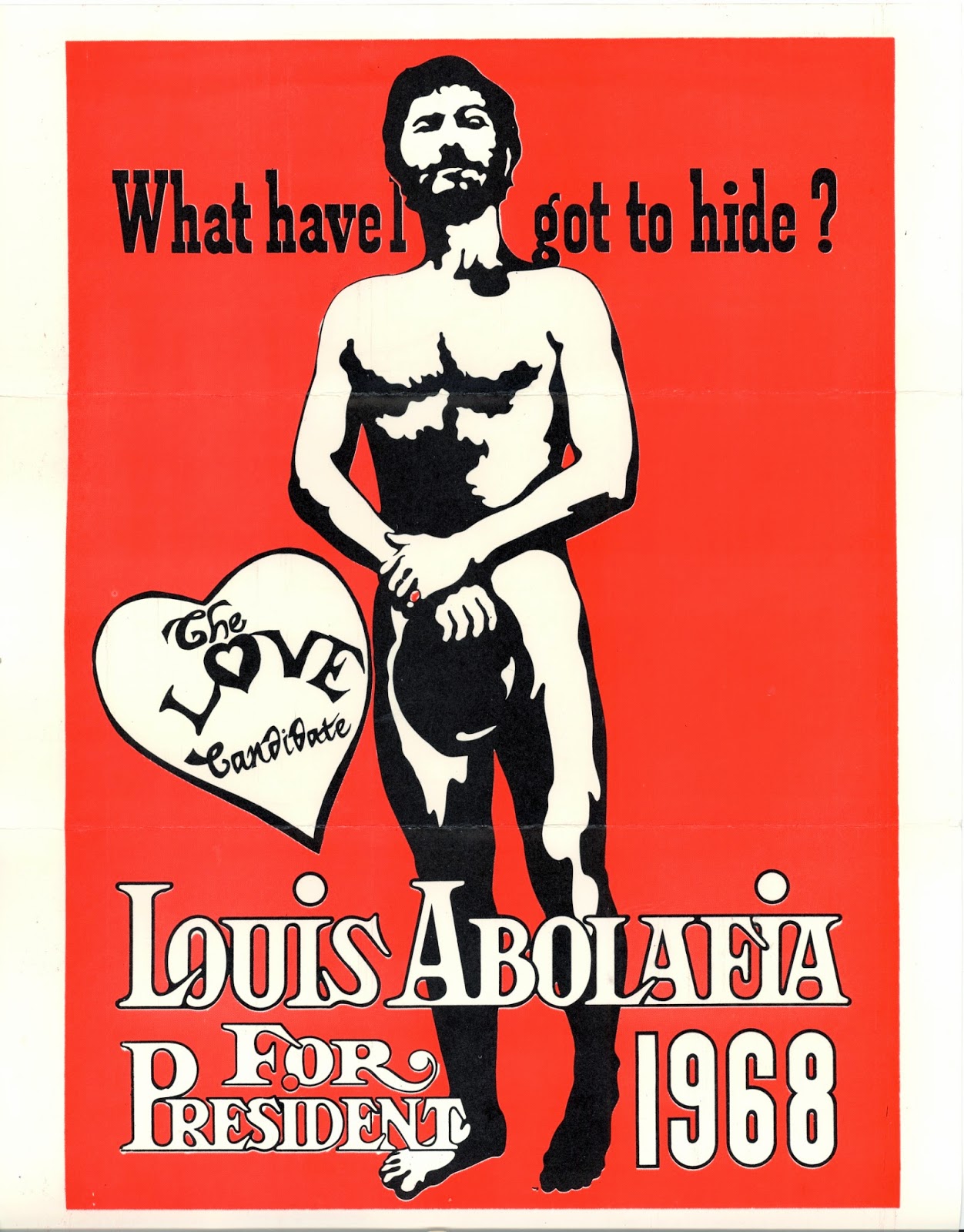