Showing posts from March, 2015
Show all

Going Out With a Bang- Henry VIII and William the Conqueror

We have all heard the term "Go out with a bang" right? Well if there were ever any great men in the history of Western Civilization that took this literally they are William the Conqueror and Henry VIII. And while we tend to think of that phrase in a positive way, I can assure you there were very few present that found it a pleasant experience.     So how did they go out with a bang? Well it is important to note that William died in the 11th century AD and Henry passed in the 16th century. Back then when a person kicked the ye olde bucket, no one would preserve or embalm the body. And if you understand what happens with decomposition, you would know that as the bacteria in the human body get working to break it down, they produce gases that cause bloating.    William the Conqueror died while in France on campaign in 1087, some 20 years after leaving that nation to conquer England(still the last man to do so). When the King died in a France, many of his attendants(who
Post a Comment
Read more 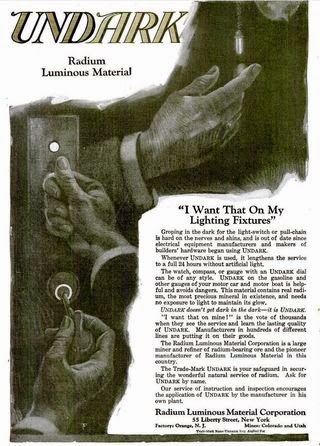 The late 19th and early 20th century were the dark age for worker safety in America. Factory workers had made strides by the time America entered First World War. Hours were more humane and pay was more "liveable". The entry of the USA into the European conflict during the spring of 1917 created a great demand not only for products to maintain the war effort, but to replace the men going over to fight against the Central Powers.      Trench warfare was a horrible and ghastly affair. Men died like dogs every day, so any piece of equipment that allowed them to have a better chance of survival was of a high priority. At night for instance, any light would be shot at by the enemy. Manufacturers soon noticed the need for things that allowed soldiers to operate and live in the dark. One was the trench lighter, a way to light cigarettes without an open flame. Another was the use of "Undark", a special paint that allowed just enough of a pretty blue-green luminescenc
Post a Comment
Read more 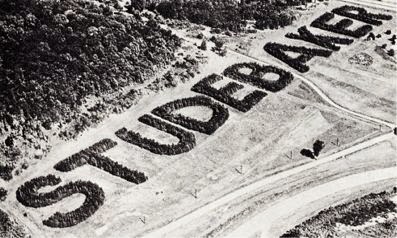 Pardon the long period between posts. I was feeling a smidgeon burnt out and needed some time to find/remember a good story. And just a bit ago my memory was jogged out of thin air.      Maybe you have seen these things called the "Bios Urn". Basically it is an alternative means of dealing with the remains of a loved one. For those people that wish to be closer to nature when they pass, they have an alternative to traditional ash scattering. These new urns basically use your cremated remains to turn you into a tree when you pass. You plant the urn and a tree grows using the material(some of which is the deceased's ashes) to remember those that have passed. This is a story about how someone else used trees remember something long gone...the Studebaker forest.      Studebaker was one of the pioneers of the automobile industry in the United States. In the days of horse driven travel it was at one time the world's largest manufacturer of vehicles. It transitioned to
Post a Comment
Read more
More posts