The Dale- The Car That Was a Fraud

June 12, 2015
The 1970's were a bad time for the auto industry in America. Due to rising insurance rates, emissions regulations, and rising gas prices; the age of the muscle car came to an end in 1972. 1973 came and things continued to get worse with the OPEC oil embargo which brought not only high prices at the pump, but shortages as well. Detroit was still making mostly large lumbering vehicles with thirsty engines. The few economy cars such as the Ford Pinto, the Chevrolet Vega, and Volkswagen Beetle offered improved fuel economy, but not enough. The rather spartan VW barely achieved 30 miles per gallons when babied.  Congress tried to stretch the gas supply by enacting a national speed limit of 55 miles per hour to better fuel economy. But the problems persisted and a solution evaded everyone. That is when a stranger burst upon the scene with a new company and a new idea.

The stranger was named Geraldine Elizabeth "Liz" Carmichael, and she announced in 1974 that her company, the 20th Century Motor Car Corporation would take down the "big three" of GM, Ford, and Chrysler with her new car..."The Dale". Liz announced that the Dale would cost about $2,000 dollars (about $8,800 today) and get 70 miles per gallon. Carmichael released images of the prototype and stated she had millions in backing from "several private investors". The company was supposedly setting up production in California and had a staff of nearly 100 workers. As for the car itself, it was very small three wheeled vehicle and built using lightweight materials. Carmichael said she was the widow of a NASA engineer and was planing on using space age materials to make the car safer than any competitor despite its weight of only 1,000 pounds.When most makers made cars safe from damage in 5mph accidents, the Dale was going to be safe at 30mph.

As soon as the article came out Carmichael and the Dale took the country by storm. Pre production orders and deposits started rolling in. The nation was hungry for a solution and this widow and mother of five seemed like the all American solution to the problems in the auto industry. Talks of two other similar models and concept images were released to drum up more orders and investments. Two prototypes of the Dale were made and displayed. However, the whole thing started to unravel.

Carmichael never allowed anyone to get close to or inside the prototypes. Had they inspected the car closely, they would have discovered the lack of an engine and the cheap use of plywood and low end plastics and fiberglass in the models. It was made as a facade of a vehicle only, and a crude one at that. An investigation by the state of California revealed there was no manufacturing plant, the "private investors" did not exist, and there was no intent on making the car. The man paid to design the styling of the car had one of the two meager checks issued to him bounce. It was also revealed Carmichael was not Carmichael...she was in fact Jerry Dean Michael. Jerry Dean Michael was a former counterfeiter who had sexual reassignment surgery sometime in the 1960's and re emerged as Carmichael. Following the revelation of the fraud, Carmichael went into hiding.

Carmichael was eventually arrested and her bail was posted by a news station under the agreement she give an exclusive interview. She jumped bail and never did the interview. She was eventually exposed on an episode of Unsolved Mysteries in the late 1980's and was captured and sent to prison. After being released she again disappeared. Some report she died in 2004 and other accounts have her still alive out there. Either way, she duped thousands of people across the country and is certainly responsible for one of the most bizarre stories of American automotive history.Today you can see one of the prototypes at the Peterson car museum in California. 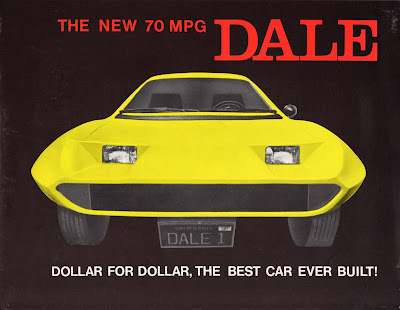 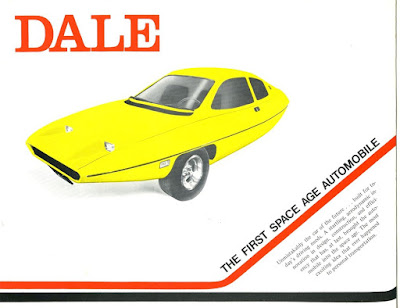 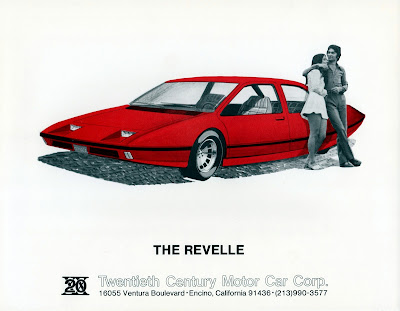